Beloved Bashar on the Mechanism of MANIFESTATION

"What you call your desires to manifest, already exists in your reality; it is already manifested."

"The idea of manifestation is not bringing something that doesn't exist into existence, or attracting something over there and bringing it over here. The idea is that what you desire to manifest is already here, already existent, already real. Manifestation is the process of giving yourself the ability to realize, to perceive that it is already here. You do not have to do any magical thing to MAKE IT come into existence. It is already existent, it is already within your sphere of reality. It is just that your belief system makes it invisible to you.    So manifestation is not the process of actually conjuring something out of nothing, it is the process of making the invisible visible, and that simply requires an alteration of perception -- that's all it takes!     Let us explain a little bit more clearly about he paradoxical nature of the mechanism of manifestation. Many of you have been taught to think about the idea of manifestation as an issue of intention, as an issue of focus, as an issue of concentration -- and in a sense this is accurate.

The intention, the focus, in a sense, the concentration is there if that is representative of your passion. Because when something is representative of your passion you are automatically focused on it. You automatically intend it. You automatically concentrating all of your attention on that idea because that is what passion does. If you are passionate about something there is no other choice. There is no other consideration, all other things fall by the wayside. That is a true description of the idea of being in your passion -- there simply is no other choice. So there is automatic focus, automatic intention. If then, in what you call a peaceful state, a meditative state, or a focused state, you allow yourself to image that passionate idea, that manifestation that is desired and feel it and build that energy up in your energy -- in your emotions, in your passion -- build that energy up to a peak over a course of simply 15 minutes and no longer, sometimes even less, when you get proficient at it, you don't always need all 15 minutes, but 15 minutes at the most is all that is necessary for you to activate the idea of the wheels of the gears and put it in motion with regard to the idea of allowing the invisible to become visible, but when you do that, when you build it to a peak, over a course of a few minuets or 15, the next step is to completely and utterly LET IT GO, FORGET ABOUT IT! STOP CARING ABOUT IT. LET IT GO AND SURRENDER IT UTTERLY TO THE HIGHER SELF. LET THE HIGHER SELF DO THE JOB!!!!

The how is the purview of the Higher Mind, and because the physical mind does not actually have the capacity, the capability to understand, it is not designed to understand how that is going to happen. All it needs to do is flip the switch and let the Higher Mind do the how, do the things that are necessary to cause the synchronicities in your life that need to be there, and the downloads and inspiration that needs to come to you to allow the invisible to become visible -- to allow the manifestation to occur,   So all you need to do is do it a little bit, for no longer than 15 minuets bring that up to a full peak of passion, a full peak of imagination, a full peak of visualization -- however it is that you wish to do it -- with that intensity, that concentration and that focus and then utterly, utterly, utterly let that go.   It is important to understand that the intensity, focus and concentration must be paired with the surrendering and the letting go to actually have the whole mechanism of manifestation.

This is where you have to really be clear, again, about the idea of what beliefs you are dealing with, because many of you often fool yourselves, and trick yourselves, through the negative belief system into thinking that you are acting on your excitement, when in fact, you are actually acting out of anxiety, and covering it up because you are afraid to look at the idea of what it is that actually does excite you because of all the negative beliefs you've attached to it.

So cleaning out your motivational mechanism and finding out what beliefs you have attached to it is   But the idea, again, is that you cannot worry it there, you cannot make it happen, you cannot insist that it happen at a certain time and in a certain way, because then you are, once again, putting conditions on it, you are not allowing yourself to truly let it go, You are not allowing, thus, then, the Higher Mind to do its job. You are actually blocking the entire process by keeping, in a sense, the control, or trying to, keep control of the situation within the physical realm.

And the physical realm is not designed to handle energy in that way. It does not have the ability, it does not have the capacity, to do the job of the Higher Self. It simply doesn’t work in physical reality that way. It is similar to what your physicist call "Collapse of the Wave Form," What this means is as you focus and as you concentrate and as you expand and expand and expand your energy bubble, you are containing all probable ways of manifestation that are best for you that could occur.

You are expanding your probability net and as soon as you then surrender and let it go, and that energy bubble collapses back down to your immediate reality, you are allowing the bubble to then automatically choose the highest probabilities that will actually help you bring the manifestation into your awareness .  So this is the paradoxical mechanism, as you focus, as you concentrate, as you in a sense, narrow your field of view on the thing that you are most passionate about, you actually expand you bubble of energy probabilities. And as you let it go, as you release, as you surrender, you actually allow the bubble to collapse down to the most likely ways, the paths of least resistance that are there for you to bring the kind of synchronicity into your life that will most likely, most probably allow for that manifestation to occur in the most effortless, most rapid way possible." 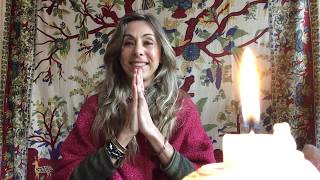 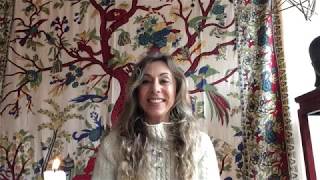 MANTRA #7 . You acknowledge the Power that breaks down all barriers 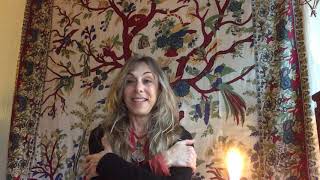 MANTRA #6 Active Presence of God in you 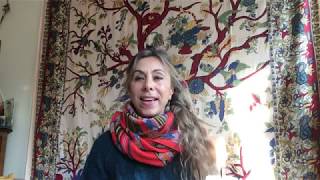 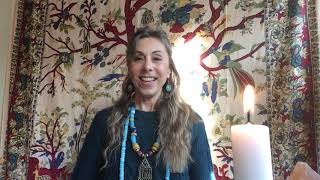